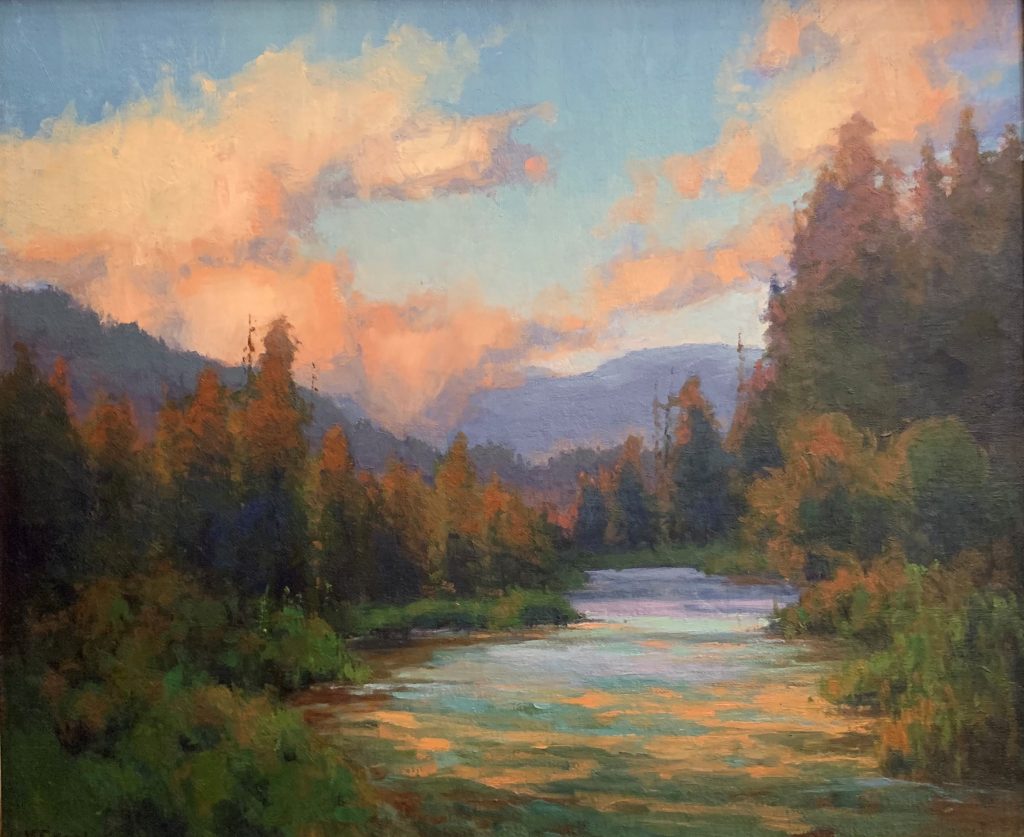 Kim Casebeer was raised in Kansas on a family farm. As part of a fourth-generation farm family, she has been connected to the land for a long time. Kim still lives in Kansas and draws her inspiration from the simplicity of the Flint Hills, an area of wide-open ranch land. “It’s a simple landscape,” she says. “It’s not grandiose. You have to spend some time and let it speak to you.” These days Kim travels to paint throughout the United States. “I think the simplicity of the Kansas landscape has helped me find the essence of other places. I’m able to focus on what’s important in a composition.”

Kim received her Bachelor of Fine Arts Degree from Kansas State University in 1992. She worked as a graphic designer and art director while spending evenings painting until 2002, when she could make the leap to full-time artist. Kim has continued to study with artists such as Albert Handell, W. Scott Jennings, Michael Albrechtsen, Scott Christensen, and Matt Smith.

Kim is a Master Signature member of the American Women Artists, and a Signature member of the Pastel Society of America and the Oil Painters of America. She won Best of Show at the 2010 Nomadas del Arte National Invitational. Kim received Best of Show in May 2013 in the BoldBrush Competition. She received Honorable Mention in the overall 2012-2013 PleinAir Magazine competition. She received Honorable Mention, Landscape Category in the 2013-2014 Art Renewal Center’s Salon and an Award of Excellence in the 2014 Western Regional OPA Show. Kim received the OPAM Memorial Impressionist Award of Excellence in the 2015 National OPA Exhibition. Her piece won the Master Class Division in the March 2017 Art Muse Contest. Kim received the 2018 Superintendent’s Award at RMPAP Plein Air for the Park for her painting, “Oxbow Light Triptych,” which

is now in the permanent collection.

Kim has work in many private, corporate and museum collections, and is represented in galleries throughout the United States.